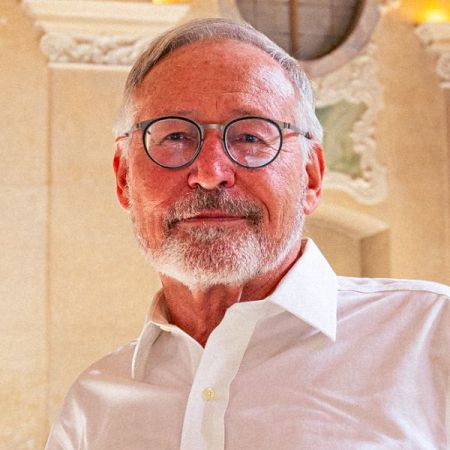 He obtained PhD degree in 1983 at the Institute of Molecular Genetics, Czechoslovak Academy of Sciences with Dr. Zadražil and Dr. Pačes, and quickly became one of the rising stars of the Czechoslovak molecular biology. In fact, he was one of the first scientists in the country that successfully cloned a gene.

In the years 1985 – 1986, he worked as a postdoc at the California Institute of Technology in Pasadena. After his return home, he rather dramatically escaped from communist Czechoslovakia with his wife and two small kids through the Slovenian mountains to Italy, and later they made it through Austria to the USA.

In 1987, he joined Agouron Pharmaceuticals to work on HIV enzymes and became the Principal Investigator on a major NIH grant. He co discovered nelfinavir, one of the first HIV protease inhibitors introduced to clinical practice, and also led the team analysing the protease of hepatitis C- virus as a drug target. His paper in the Cell describing the X-ray structure of the enzyme enabled the rational design of protease inhibitors that are now life-saving drugs for millions of patients.

He continued to bring in innovative ideas, and he proposed, pioneered and led the drug discovery program on PARP, a DNA repair enzyme. A lead compound of this program, was the first PARP inhibitor that completed the phase II study and got approved in 2016  as the drug (Rubraca) for cervical carcinoma. Since then, PARP inhibitors have become widely used therapeutic target in cancer treatment – at present, there are 35 drug candidates in clinical trials and the market is expected to reach 4  billion dollars.

Last ten years Dr. Hostomský served as the director of the Institute of Organic Chemistry and Biochemistry of the Czech Academy of Sciences, Prague. In addition to supervising the core basic research activities at the institute, he established specialized targeted research groups as internal spin-off units that systematically pursue commercially attractive compounds for pharmaceutical and diagnostic use.

The research and educational cooperation of IOCB and UCT Prague grew significantly in this period, and Dr. Hostomský played an essential role in it. It can be demonstrated in many examples of joint projects, seminars, published papers, and PhD graduates. Nevertheless, two specific activities should be emphasized. One is the launch of a joint Summer School of Medicinal Chemistry in 2014, further organized since 2018, together with the Weizmann Institute of Science, in Rehovot in Israel. The second key example is the establishment of the new senior research chair in medicinal chemistry at UCT Prague supported by IOCB and financially provided for five years by the IOCB Tech, headed by prof. Martin Fusek.

Zdeněk Hostomský's career is an exceptional example of the successful combination of strong fundamental research activities with winning management both in the private and public sectors. His vision, perseverance and almost infallible intuition made him exceptional scientist and inspiring leader. Czech science in general and UCT Prague in particular are better off because of Zdeněk Hostomský.