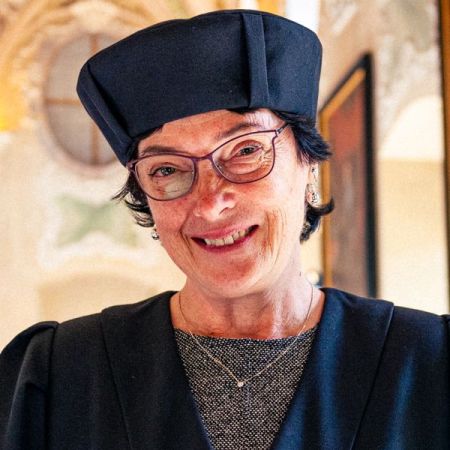 Prof. Eva Zažímalová studied biochemistry at the Faculty of Science of Charles University in Prague, and graduated with her diploma thesis focused on the heterogeneity of lectins.

In 1983, she obtained PhD degree in biology at the Institute of Experimental Botany, Czechoslovak Academy of Sciences. Since then, she has worked as a researcher at the same Institute.

In 2004, she was appointed Associate Professor and became the Head of the Laboratory of Hormonal Regulation in Plants.

In 2007 she became a Director of the Institute, and in 2013 Eva Zažímalová was appointed Professor in the field of anatomy and physiology of plants at the Faculty of Science of Charles University in Prague.

Since 2017 she has been the President of the Czech Academy of Sciences, responsible for its mission “To conduct cutting-edge research in a broad spectrum of the natural, technical and social sciences and the humanities”.

She also serves as a vice-chairperson of the board of trustees of our University of Chemistry and Technology, Prague, helping us with strategic decisions and planning.

In her research work, Eva Zažímalová deals with the phytohormone auxin – its metabolism and molecular mechanisms of its activity and transport in plant cells. She was a coordinator and investigator of many national and international projects and contributed significantly to the organization of several international symposia. She is the author or co-author of many important original scientific papers published in renowned international journals, including Science, Nature, and PNAS and chapters in specialized monographs.

Her activities combine highly ranked research, supervision of students and young researchers, institutional strategic planning, and visions of research policy, important for the competitiveness of the Czech scientific community including both the institutes of the Czech Academy of Sciences and universities.

Eva is a charming, dynamic, and pleasant human being, word recognized in science, a scientific policy maker and a leader of the excellent scientific body. At the same time, she is a caring mother and a good friend to her coworkers.