Prague, September 19 – Prof. Jana Hajšlová from University of Chemistry and Technology in Prague was honoured with the prestigeous Harvey W. Wiley Award for 2016. Prof. Hajšlová was given the award at a ceremony in Dallas, Texas, during the 130th member’s meeting of the AOAC International asociation, which plays an important role as a platform for scientists using analytical methods regularily.

While at the conference, prof. Hajšlová gave a presenation on today’s technical procedures and challanges in food analysis, be it for quality, security or authenticity‘s sake.

Since 1956, the Harvey W. Wiley Award is the most prestigeous award that AOAC grants. It is bestowed upon researchers, who attribute to the development of official analytical methods in an extraordinary way. It is named after Dr. Wiley, who has attributed greatly to legislature regulating food quality. 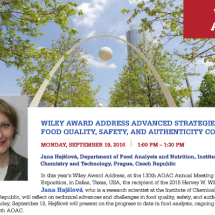 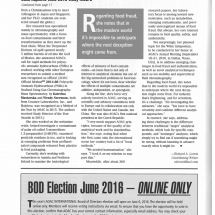 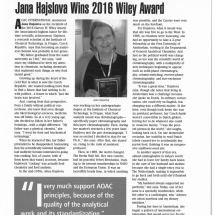