The University of Chemistry and Technology Prague is continuing its collaboration with The Molson Coors Brewing Company, the world’s third largest beer producer. A ceremonial signing of a partnership memorandum took place on January 16 during a visit by European Molson Coords managers to the university.

Signatories included UCT Prague Rector Prof. Karel Melzoch; Simon Cox, President and CEO of Molson Coors Europe; and Ing. Petr Kovařík, Managing Director of Molson Coors Czech Republic, Slovakia, and Hungary. Under the agreement, UCT Prague students are able to participate in the Staropramen trainee program as well as to take part in internships and excursions at the Staropramen brewery, which is also providing topics of investigation for Bachelor and Master theses.

The Molson Coors Brewing Company produces 21 million hectoliters of beverage products annually and employs more than 6,200 workers worldwide. In the Czech Republic, the company owns the Ostravar and Braník brands in addition to Staropramen.

The Czech branch of the company employees a number of UCT Prague graduates, as do the majority of breweries in the Czech Republic, a result of the university’s long tradition of educating brewers and managers at the Department of Biotechnology. 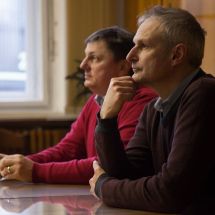 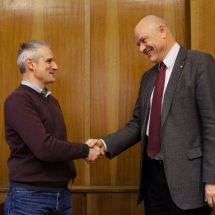 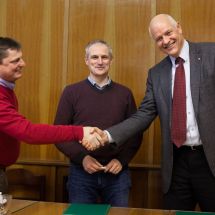