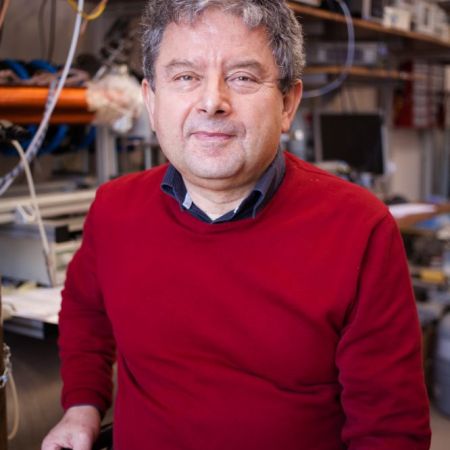 "We were very close to getting funding for molecular analysis of particles found in interstellar dust. The research was to be conducted in cooperation with The Atacama Large Millimeter/submillimeter Array (ALMA), probably the most ambitious—$1.5 billion worth—astronomical center in the world, in the Chilean Atacama desert. Everything was going according to the plan, up until the point when the colleague who was the only connection between us chemists and the astronomers was killed in a car accident. With this, the unique ALMA project stopped, although we continue to collaborate with ALMA on astrophysical analysis to this day.

Some time later, I was talking to a friend, a crime scene investigator, over beer. He was telling me about how a search dog can discover a human trace several days old, but because of the many systemic mistakes made during their training, working with the dogs can be tricky. The more I thought about it, the more I realised there are not many differences between searching for molecules in-between galaxies and the quest for clues at a crime scene.  And then I discovered there was a lack of knowledge about unique human odour signatures, chemistry-wise. And so we got to work.

We currently think human smell recognition works in a manner similar to facial recognition. We all have eyes, lips, a nose, but every single person's features have unique ratios of size and position. In a similar sense, we all have a unique odour signature.

When we began our research in this area, we were able to identify approximately 500 molecules per individual; however, we have now perfected the collection method and can identify up to 1,000 molecules. My approximation is that a dog can smell circa 2,000 molecules. We are primarily interested in low-volatility substances, ones that persist for several days or more. An incredible leap forward in our quest to find the smallest possible set of molecules from which one might identify a specific person was actually due to an accident.  Sometimes that's the way it is in science. We found ralen [1] missing on one of our testing rigs. Ralen was present in all previous tests and should be inherent in any person’s smell signature. Instead of letting this anomaly go, we dismantled the whole testing rig and analysed it piece by piece.

We finally found ralen molecules at one of the sealed ends of the system along with another 50 molecules. We hypothesized later that an imperfect seal  on the open end created a localised lower temperature spot, effectively fractionally distilling the specimen. We eagerly conducted a test to see if a scent detection dog could recognize an original source after being exposed to a set of merely 50 initial molecules. Three dogs attempted the test and all of them found the original subject with absolute certainty.

We have not yet published our findings and our research is being conducted in two primary directions. Firstly, we are trying to narrow down the absolute minimum of molecules and the ratios needed in order to identify an individual. Secondly, we are trying to figure out the characteristic changes in odour connected with details about an individual such as gender, diseases they might have, race, and the level of physical activity in last few hours.  We are close to pinpointing sexual hormones, and the sum of facts we can read from a person’s smell appears to be endless—although expanding the scope of our research activities would require a larger team as well as more equipment and funding."

[1] Ralen is a fictional name; the name of the real molecule is confidential.