Gel and gold microrobots driven by light? No science fiction, but reality 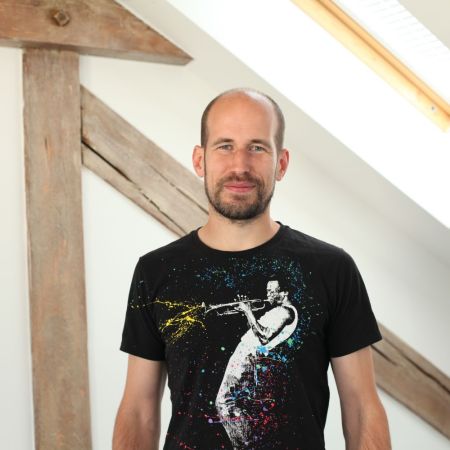 Prague, June 2, 2020 - Imagine a robot the size of a human cell that is powered remotely and navigated by light. And imagine that this robot can perform mechanically very precise tasks indefinitely (while maintaining the light source) at the level of the microworld. And without the need for any invasive intervention “from the outside.” The possibilities for use in the creation of new materials or manipulation with individual cells in the field of biomedicine are limitless. Ivan Řehoř’s research group at UCT Prague is capable of producing such microrobots. The group’s new discovery, carried out in cooperation with the Czech Academy of Science’s Institute of Organic Chemistry and Biochemistry and Utrecht University, were recently published in the prestigious journal Soft Robotics.

“The ability of robotic manipulation in the past has profoundly changed many sectors of human activity, such as the automotive industry and line production in general. We are taking the first steps towards ability to perform similar tasks on a microscale, that is, at the level of the micrometer, or tens of microns,” said Dr. Ivan Řehoř. In the near future, this could radically change the production of materials, biomedical applications, and other areas, because it will be possible to manipulate individual cells more easily, cheaply, accurately, and safely and, for example, assemble them into larger functional units.

Řehoř’s microrobots are made up of light-responsive hydrogel microparticles. They are produced in a process called stop-flow lithography and they also include gold particles. “If you make a small robot, it cannot carry its own energy source. That’s why our robots are powered remotely by a beam of light. The gold particles effectively capture this light and transform it into heat, the result of the robot’s own movement through repeated contractions of its body,” explained Řehoř, who spent part of his scientific career at Utrecht University in the Netherlands.

Light as a source of movement is not a new idea. But what makes research at UCT Prague exceptional is the very way of control of the robot’s movement. These microrobots crawl on the surface in the simplest possible way: the robots’ bodies simply shrink and expand again. A key role is played by the uneven change of friction between the robot and the ground on which it slides. “This change stems from the complex processes in the robot’s material that take place during its shrinkage and expansion at the molecular level of entanglement and re-unraveling of the individual polymer chains from which it is made. With this, our system is unique and this also allows to use a completely simple system of control and navigation of the robot by only targeting the light bundle,” Řehoř pointed out.

The great advantage of the new microrobots is the low production cost compared to conventional micromanipulation approaches. Current instruments that use the “conversion” of macroscopic movements to the microscale, such as assisted reproduction devices or microsurgery, are very expensive. In addition, they always require a firm connection between the handling location and the external device. “The production price of one robot is quite negligible,” said Dr. Řehoř, adding that his new approach will withstand even the competition from similar approaches to manipulation at the micro level, which typically use a magnetic field instead of light. “Our robot control device is much simpler than those used with the magnetic robots and can be easily built for 500 euros. In addition, we are working on the development of microrobots that could one day be powered by ordinary sunlight and crawl anywhere. But this may really take some time.”

RNDr. Ivan Řehoř, Ph.D. is currently working at UCT Prague’s Department of Chemical Engineering and the Czech Academy of Science’s Institute of Organic Chemistry and Biochemistry (IOCB). He studied inorganic chemistry at Charles University. From 2010-2014, he worked at IOCB. From 2015-2018, he conducted research at Utrecht University with prestigious Marie-Curie Fellowship support. He joined UCT Prague in 2019 as the recipient of the Dagmar Procházková Fund’s initiation grant, which serves to support scientific projects of academic staff with international experience with the expectation that the professional careers of recipients will be connected to UCT Prague. At IOCB, the Purkyně Fellowship supported his research activities.