Historic performance by the Czech team at the International Chemistry Olympiad Prague, 28.7.2018 - The ceremonial announcement of the winners of the 50th International Chemistry Olympiad at Prague’s Rudolfinum brought plenty of joy to the Czech contingent. The Czech Republic achieved its best result in modern history by winning three gold medals and one silver medal and placing fourth in the national team rankings. In addition, Jan Obořil finished in eighth place for overall individual performance. All this in the competition by a record number of 300 competitors from 76 countries. The Olympiad was jointly hosted by the Czech Republic and Slovakia.

“Congratulations to all our medalists for such a terrific outcome. Chemistry is not one of our favourite disciplines in our schools, but we showed we can compete with the world’s best,” said Karel Melzoch, Rector of the University of Chemical Technology, Prague (UCT Prague), which—together with Comenius University in Bratislava—was responsible for organizing the jubilee year of the Olympiad.

Each competitor had to complete a total of eleven tasks, eight theoretical problems and three practical laboratory tasks. Among other things, students were asked to determine how much time it would take to boil Emperor Lothair II, to analyse the composition of a Slovak mineral water, to prepare an organic substance using Sava, and to reveal the origin of the colour of the Czech garnet. The tasks were developed by a teach of scientists from UCT Prague, Charles University, the Academy of Sciences of the Czech Republic, and Comenius University in Bratislava.

Czech representatives performed perfectly in the practical part, with all four team members placing in the top ten. In the theoretical part, they achieved above-average results. Jan Obořil, Josef Tomeček and Miroslava Novoveská won gold medals and Richard Veselý won a silver. In the history of the independent Czech Republic, it is the best result ever. The team placed fourth overall after China, the USA, and Korea.

“It was an incredible success; moreover, it is more noteworthy that this year, students did not as many comments about the preparation conditions as in previous years because we had a lot to do while we were organizing the Olympiad. But the students with Mirek obviously kept pace and prepared perfectly,” explained Petr Holzhauser, President of the competition for the Czech Republic.

The absolute winner of the Olympiad was Qingyu Chen from China, which has traditionally been one of the biggest favorites. Last year, in Thailand, Czechs won three silver medals and one bronze medal.

In addition to the competition itself, a supplementary program was prepared for the competitors. In Slovakia, where the Olympics began on 19 July, they visited Bratislava and took trips to Banská Štiavnica, to Červený Kameň Castle, and participated in many other activities. A grand Summer IChO Party, open to the public and with concerts by Tata Bojs, Debbi and Kašpárka v rohlíku, awaited the students in Prague, followed by excursions to Solvay’s Quarry near Beroun and an unconventional tour of the capital.

“The jubilee edition of the competition with the most talented students in the world was, for the first time in history, jointly organized by two countries, the Czech Republic and Slovakia. “The possibility of organizing the Olympiad presented a great opportunity. First of all, it was helped by the fact that the first year of the competition took place in Prague 50 years ago and that this year we are celebrating a hundred years since the emergence of independent Czechoslovakia,” said Petr Holzhauser.

Both countries equally shared the costs for the event, which climbed to 45 million crowns. The original concerns by the International Chemical Olympics Steering Committee about the shared organization of the event were not confirmed. “In the end, it turned out to be a great idea, the atmosphere was very pleasant, and the event proceeded smoothly,” said I-Jy Shang, Chair of the Steering Committee. “I also appreciated the unprecedented creativity of the organizers who created a new Olympic Flag, an original logo, and the celebration for students, which traditionally was held just for them, was made into a festival, open to the public," added Shang.

Support of institutions and corporate partners

The organization of such a large international event would not have been possible without support from the state and other partners. The Ministry of Education, Youth and Sports of the Czech Republic (as well as the Slovak Republic) did not hesitate to provide financial support as was the case with the City of Prague, Prague 6, the Czech Olympic Committee, and a number of large private entities headed by the Platinum Partner of the Olympics, the Unipetrol Group, the only oil processor and the largest refining and petrochemical company in the Czech Republic.

Within the framework of the International Chemistry Olympiad, the absolute winner was determined to be the student who earned the highest number of points in the sum of the practical and theoretical parts of the competition.

Gold, silver, and bronze medals were additionally awarded to students who cross a defined point boundary. This year, the gold medal threshold was 85 points and 35 students achieved this result.

Selection of students for the Czech team

Students for the Czech team were carefully chosen using a three-round selection system. The first criterion was placement in the National Round of the Chemistry Olympiad in Hradec Králové, from which the top 16 students were invited to a theoretical preparatory meeting at the UCT Prague. After further narrowing the list of competitors to the best 8 students, a practical preparatory event was organized by the Faculty of Science of Charles University, narrowing the team to four competitors. Three representatives participated in 2017’s IChO, competing for medals in Thailand. 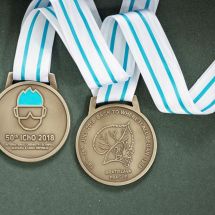 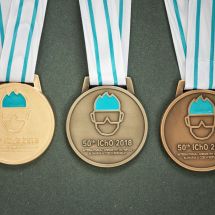 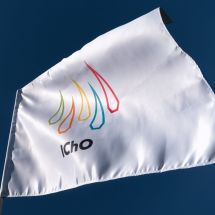 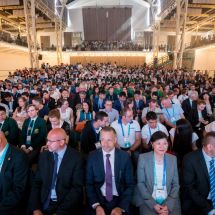 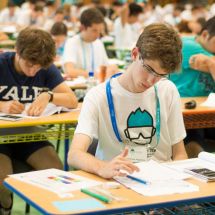 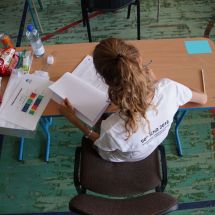 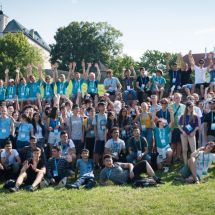 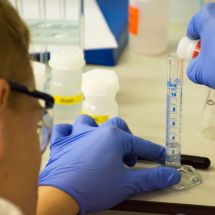 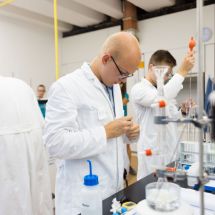 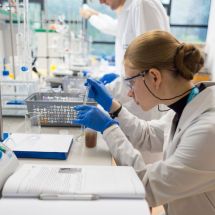 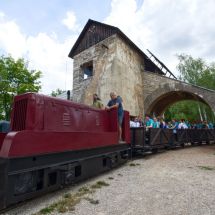 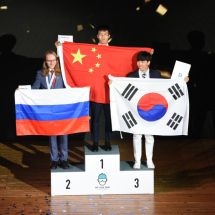 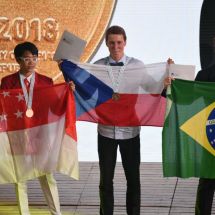 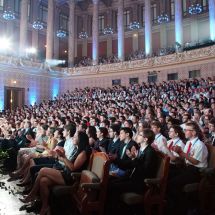