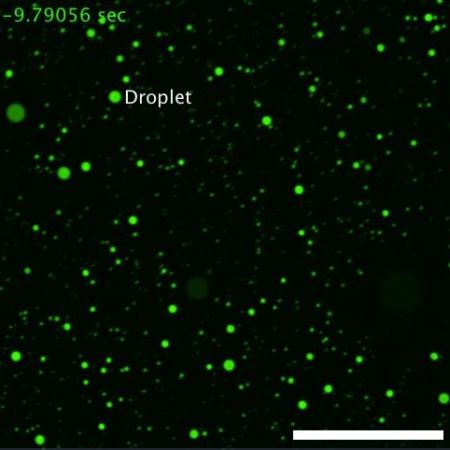 A Chemjets postdoctoral fellow from UCT, Prague in collaboration with Japanese and American institutes has described the possible origins of cellularity using polyesters in a Proceedings of the National Academy of Sciences of the United States (PNAS) article.

All biological cells are made of a boundary condition (membranes), proteins and genetic materials. How all of these components were formed and subsequently came together about 4.0 billion years ago is what prebiotic chemists are studying in order to explain the Origins of Life. Early Earth conditions contained a variety of geochemical processes that produced many organic chemicals including some, but not all, biomolecules that life uses today as well as a large amount of non-biological molecules. This means that the whole early Earth geochemical mix was a “messy” chemical system. While most Origins of Life research utilizes biomolecules using a rather “clean” experimental system, the team co-led by Kuhan Chandru (University of Chemistry and Technology, Prague and the National University of Malaysia) and Tony Z. Jia (Earth-Life Science Institute, Tokyo Institute of Technology and Blue Marble Space Institute of Science) instead used non-biological organic compounds that produced a non-biological cell-like boundary system under simulated ancient earth geochemical conditions. The team used a combination of hydroxy acids to make a mixed population of polyesters through a simple drying process, one that could have occurred in a prehistoric lake or seashore condition, which then self-assembled upon rewetting to become droplets. This variety of droplets showed a variety of selective preferences to trap and concentrate different types of dyes in addition to genetic materials and proteins, showing crude similarities to modern cells. The droplets could also serve as a scaffold for the formation of lipid bilayers suggesting the possible significant role of non-biological compounds (such as alpha hydroxy acids) in the development towards the formation of the first cells, eventually leading to the emergence of the Last Universal Common Ancestor (LUCA).

The article hints that perhaps the origins of life could have been scaffolded by other non-biological compounds arising from an ancient and “messy” chemical system to become what we know as life-as-we-know-it on early Earth.