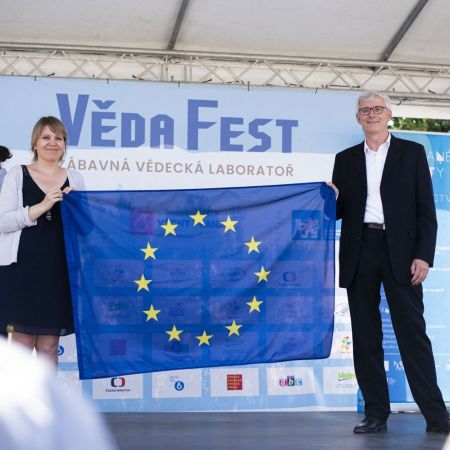 More than 15,000 people visited the Dejvice campus on Wednesday 22 June, where – together with the tenth edition of the traditional Vědafest festival – the ‘Priorities of the Czech EU Presidency’ event took place. Charles University; Czech Technical University in Prague; the University of Chemistry and Technology, Prague; the Czech University of Life Sciences; the Academy of Performing Arts in Prague; and the University of Arts, Architecture, & Design in Prague opened exhibitions for visitors, which popularized selected topics of the Czech Presidency of the Council of the EU, which starts on 1 July and ends on 31 December 2022.

At open-air booths, visitors from the ranks of schoolchildren, students, and the public at large tried experiments, interactive games, and quizzes in the fields of digitization, cybersecurity, energy security, climate change, and media freedom and responsibility. There was also an exhibition by the Government of the Czech Republic entitled ‘Europe as a priority’.

More than 300 interested people attended popularization lectures by renowned experts on the premises of CTU in Prauge, which were focused on soft skills in energy, cybercrime, the power of disinformation, and climate change in connection with water in the Czech districts.

As part of the program, there was also a symbolic handover of the presidential baton in the field of higher education from the scientific attaché of the Embassy of the French Republic in the Czech Republic, Véronique Debord-Lazaro, to the hands of the chair of the Council of Public Universities, Professor Milan Pospíšil.

‘I wish you only the best for the difficult period that awaits you during the Czech presidency. I believe that together we will be strong enough to move forward on all the key challenges facing Europe, including those related to universities and the research sphere. It is necessary to increase the level of synergy between education, research, innovation, and service to society. To strengthen cooperation between Europe and the rest of the world, and then to develop European university alliances and research infrastructures,’ said Debord-Lazaro during the ceremonial speech.

‘On behalf of the Czech universities, I can promise that we will do our best to solve the aforementioned problems, not only during the Czech presidency, but also in the following years,’ responded Professor Pospíšil.

The ‘Priorities of the Czech EU Presidency’ event was held thanks to the support of the Ministry of Education, Youth and Sports of the Czech Republic as part of the project ‘Communication about the priorities and topics of the Czech Presidency of the Council of the EU’ with a focus on the issue of higher education and education.

In addition to the program for the Czech presidency, visitors had access to other exhibitions dedicated to the popularization of scientific and educational topics. Fans of the technical sciences enjoyed student racing cars and a virtual projection of a nuclear power plant, robotics, radiation, and technology in medicine. Those interested in chemistry enjoyed it in all its forms. From the analyses of materials, glass, water, fertilizers, to food and the possibilities of alternative sources of food. Those interested in the humanities were also not disappointed. They could familiarize themselves with the extinct scripts and alphabets of antiquity and read ancient cookbooks. Medical fields, in conjunction with pharmaceutical fields, found many fans, whether the topic was first aid, proper teeth cleaning, natural sources of medicine, physiotherapy procedures, and even examples of surgical suturing. Visitors were fascinated by the skills of assistance dogs, cognitive tests, the world of insects, the world of water, and demonstrations of the work of criminal investigators.

The University of Chemistry and Technology Prague (UCT Prague) is a natural center of study and cutting-edge research. One of the largest educational and research institutions in Central Europe, it specializes in technical chemistry, chemical and biochemical technologies, material and chemical engineering, food chemistry, and environmental studies. Remarkably, of the more than 4,000 students at the school, 700 are enrolled in PhD programs on average. Some of the study programs on offer at UCT are unique in the Czech Republic and are key to the future of the entire country. The school collaborates with more than 100 academic institutions, namely within Europe but also in the USA, Canada, Japan, Vietnam, and elsewhere. 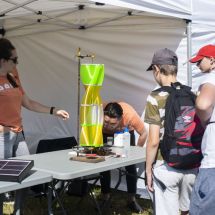 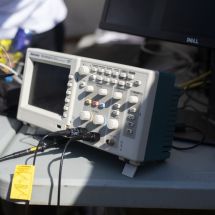 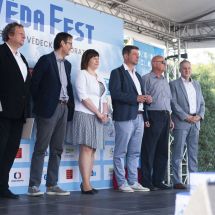 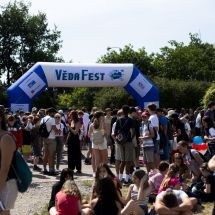 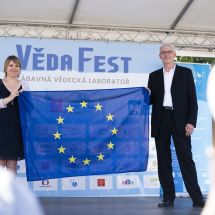 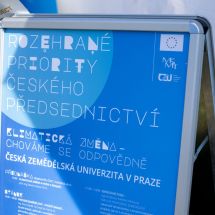