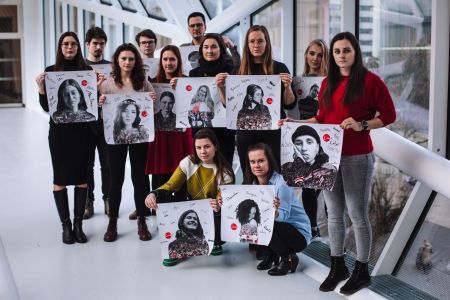 In February, UCT Prague students joined the 11 + 1 project that symbolically refers to the 11 Belarusian students and 1 professor who were arbitrarily selected by A. Lukašenko’s totalitarian regime to make an example of them in order to silence the rest of the academic community. After six months in prison, in mid-July 2021, they were sentenced to 2 to 2.5 years in prison camps, the conditions of which are considerably more difficult than regular prisons. How did Miroslav Hala, UCT Prague student chair for the academic senate, perceive the event in support of Belarusian students?

“Eight students immediately responded to the senate’s appeal, which made me very happy, because we have a large group of students who are willing to take part in such actions, even those with broader impact. Vice-Rector Michaela Rumlová did not hesitate either, and together we chose February 7, when we met on the iconic connecting bridge overlooking campus. The students chose their Belarusian counterparts and added their signatures to a number of colleagues from other Czech universities, who also took part in the event. The similarity between some was even chilling and made one think about the fate of the Belarusian students, who, in mid-July 2021, were exemplary sentenced to 2 to 2.5 years in prison camps. After a discussion about the helplessness of their situation and the possibilities of how to help them, the taking of portraits and, finally, group photos took place. The students and the Vice-Rector attached messages to the photos, which will hopefully one day get into the hands of the colleagues who were sentence with the wish to give them a bit of hope and reassurance that we are standing with them. I am proud that we have joined the 11 + 1 project and we have started passing the baton, in order to seek not only the release of convicted members of the academic community, but also the mediation of free studies at European universities, material assistance, socialization, and more.” 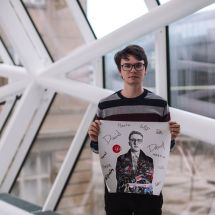 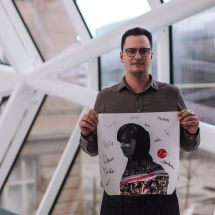 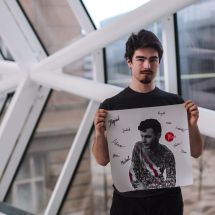 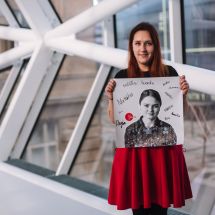 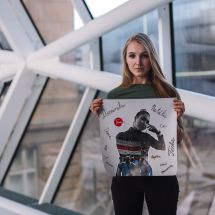 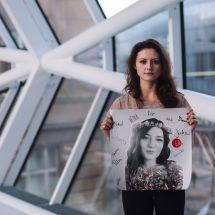 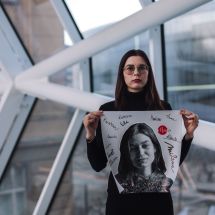 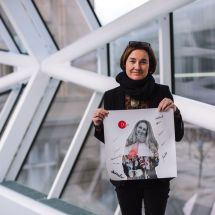